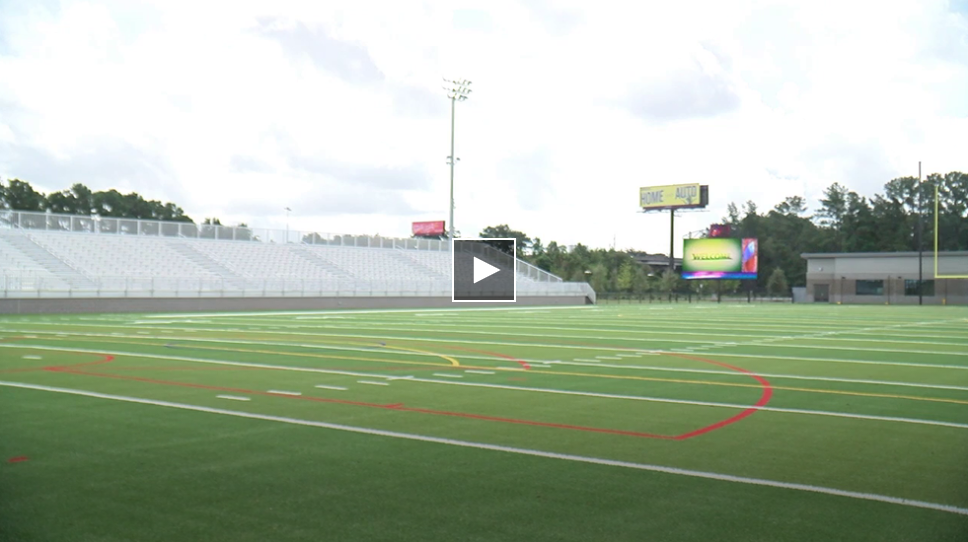 NORTH CHARLESTON, S.C. (WCIV) — We’re picking up on our tour of five new CCSD facilities. You might have seen this one along I-526 in North Charleston.

It’s a $22 million high school sports stadium that’s ready for its first football game in less than a month.

In the fall, there will be football games Wednesday through Friday for the schools, juggling several factors when it comes down to who plays and when.

The first game is Military Magnet hosting Cross. That game is Sept. 25.

“We look at the schedule for each school and then we look at what the draws will be fan wise and obviously that plays into it. Also we look at schedules this year that all schools had the opportunity to play in this stadium,” says Olsen.

Extra COVID cleaning measures will be in place between every game.

The stadium is built to handle more than football, too. That’s important for spring sports.

And then there are the perks, from a hi-tech JumboTron, to separate team locker rooms, to synthetic turf.

“We don’t have to worry about holes, about cutting the grass, lining the field, it’s a first-class facility and what you are standing on now is what you would be typically standing on in a collegiate stadium,” says Olsen.