First and foremost, let’s talk about what happens at COP26 and why it’s important. Recognizing the urgency of addressing global climate change, the UN brings together leaders every year from all over the world, to a two-week Conference of the Parties (COP) to discuss climate change issues and solutions. After being delayed a year because of COVID-19, the goals of the 26th conference included:

At the end of the two-week summit in Glasgow, leaders from around the world drafted and finalized the Glasgow Climate Pact. This document represents the first U.N. climate deal to explicitly mention the need to move away from coal power and subsidies for fossil fuels, making it the first such document of its kind. It will hopefully encourage countries to strengthen their near-term climate targets, while also moving away from fossil fuels at a more accelerated rate. While the Pact adds strategies to create measurable impact on the reduction of greenhouse gases, the general narrative following these decisions has been conflicted to say the least. Although the deals that emerged have not been universally accepted, there is optimism that these objectives will continue to move countries forward towards a greener future.

Several other major issues were covered at COP26 and incorporated into the Pact, including discussion of wealthier nations supporting and providing aid to vulnerable nations, successfully (but barely) staying on track to limit warming to 1.5 Celsius above preindustrial levels, leaders from 100 countries committing to stopping deforestation by 2030, BlackRock’s $673 million Climate Finance Partnership, carbon offset agreements, agricultural commodity companies’ corporate statement of purpose, the green grids initiative, the transition to 100% zero-emission cars/vans, the Race to Zero, the Race to Resilience, and so much more. To learn more, hop over to COP26’s website, which has a page fully dedicated to the conference’s outcomes.

As experts in the field of energy and sustainability, we followed COP26 very closely. Here are our main takeaways:

So, what’s next? As a company in the business of people, we should take the chance to analyze the lifecycle of our work and our lives. Humans have the capacity to achieve the unthinkable, all we have to do is think about it and put those thoughts into action. 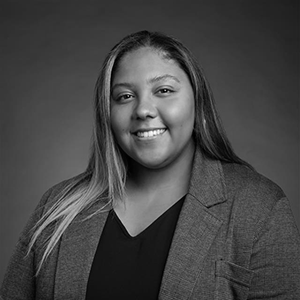