Chicago Construction Cost Increases To Steady In 2019 And Beyond

Construction costs have spiked across the nation, and along with a litany of worries about possible trade wars and labor shortages, will help slow down the growth in construction spending. But the Chicago market may be in a sweet spot for the next few years, avoiding both the slowdown in growth and a rapid rise in costs.

Chicago is less volatile than the U.S. coastal markets, and several ongoing projects will keep the market growing this year. JDL Development just broke ground on One Chicago Square, an $850M, 2.2M SF mixed-use complex in River North it will construct over the next 41 months, and work continues on 601W Cos.’ $500M revamp of the Old Main Post Office, along with major new trophy office towers like 110 North Wacker by The Howard Hughes Co. and Chicago’s Riverside Investment and Development.

Construction volume and costs will be a major point of discussion at Bisnow‘s Chicago Construction & Development event May 30.

What the Chicago market really has going for it over the long term is the imminent beginning of a group of megadevelopments. The $6B Lincoln Yards by Sterling Bay recently won approval from the city, along with Related Midwest’s $7B The 78. Several other developments of similar scale are at least on the drawing board, and the construction of a new terminal at O’Hare International Airport will cost billions more.

“Chicago will have steady growth over the next three or four years,” Pomfrett said.

Its future megadevelopments, which will take shape over a decade or two, should not pit Sterling Bay, Related Midwest or other developers against one another as each recruits workers.

“My view is that is not a real risk,” Pomfrett said. He said both groups are seasoned developers that will spread out their respective construction schedules. 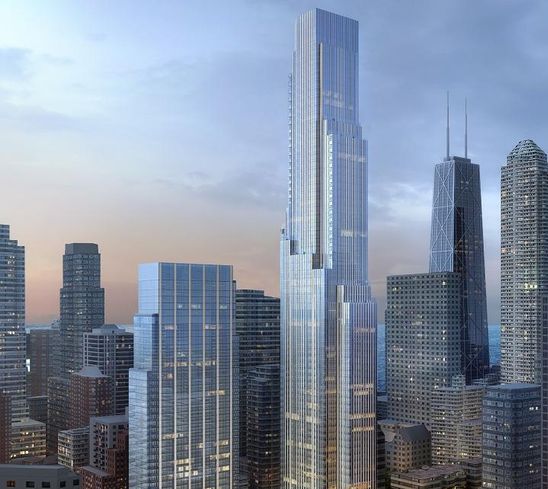 Data on the first quarter seems to so far confirm Cumming’s 2019 prediction for Chicago.

According to a study by Mortenson Construction, the Chicago region’s costs increased at a slower pace in the first quarter than the rest of the nation. Compared to this time last year, overall costs in nonresidential construction increased 4% in Chicago and 5.4% nationally.

“Although we continue to monitor trade negotiations with China, volatility due to tariffs has seemingly eased over the past few months and prices have stabilized,” Mortenson’s report said.

“Construction employment growth in the Chicago region showed signs of leveling off in the first few months of 2019, with growth up just 2% compared to a year ago.”

Mortenson also expects modest labor growth in 2019, and recommends owners plan on a 2.5% to 3.5% overall cost increase for the remainder of the year.