Construction financing: What hotel lenders have to say 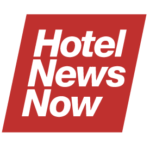 LOS ANGELES—Building hotels is what hotel developers do best, but even those with years of experience need guidance from lenders to make sure all the numbers add up.

During the “Construction financing today” session at Meet the Money 2019, a panel of hospitality lenders shared the finer points of what it takes to get a loan in the current environment.

Bank OZK’s hospitality lending program is designed around being non-recourse as related to the principle repayments, regional director Jason Choulochas said. The borrower will guarantee repayment of the debt service, he said.

PACE Equity is able to lend in 20 states around the country, VP Ethan Elser said. It’s doing most of its lending business in California, Texas, New England and Florida, and much of its financing helps fill gaps in the capital stack or replace more expensive capital, he said.

His company works with commercial properties, such as hospitality, multifamily and retail projects, Elser said. It looks at individual hotels more selectively, but when it does, it’s mostly hotels with flags. Borrowers use PACE lending for qualified conservation projects, such as HVAC, lighting, roofs, solar power and geothermal power. The program has become more flexible in that while it still has to qualify the costs, but when it does, it can disperse funds as it sees fit, he said.

3650 REIT sits up a bit higher in the capital stack a bit higher than Bank OZK, said Michael Fleischer, managing director and head of bridge and event driven originations at 3650 REIT. It’s trying to be a one-stop shop for borrowers, who tend to be large institutional borrowers and people who make a deal once every year or two, he said.

“We’re always trying to be competitively priced and underwrite smart deals,” he said. “More than 50% of the business we’re doing today is with those we have had prior business. … We really focus on trying to establish long-term relationships.”

Hall Structured Finance’s typical borrowers are family-owned, smaller businesses, SVP Matt Mitchell said. They branch off to start on their own projects, and his company is an option for less well-capitalized groups or those with a limited track record.

Branding is important, he said. His company loves the established brands in the select-service and extended-stay spaces because they’re easier to underwrite.

Food and beverage is an opaque revenue stream, Choulochas said. It can be pretty significant, especially in an urban market such as Los Angeles. However, just because the rooftop bar at The Dream Hollywood is doing well doesn’t mean everyone can do it.

From a lending perspective, a developer needs to get into the nitty gritty of the operations for a rooftop bar, he said. Lenders want to know things like staffing, the number of tables and seats and hours of operation.

“If you can show an F&B plan that’s thought out, I’m more inclined to take a listen,” he said. “If not, we’re more likely to (cut it). Just because it’s Marriott-flagged doesn’t mean F&B is going to knock it out of the park.”

Rooftop bars are tricky because often they rely on being the new kid on the block to attract business, Fleischer said. The problem is that doesn’t last forever because someone else is usually right behind them.

“There’s 150 people in this room thinking, ‘That’s a great idea’ and do the same thing a block over,” he said.

It might be the location or the amenity package or the F&B itself, but something about it has to stand out from the crowd, Choulochas said. That’s what leads to sustainability and advantage over the long haul.

“We need to really look at something and say, ‘wow,’” he said.

“Our budget might be more than what the developer has in mind to spend,” he said. “Oftentimes we use what is currently being spent in the field. Labor is tight. Schedule delays impact construction cost.”

Depending on when his company is brought into the process, developers might only be presenting pre-entitlement drawings or simple drawings, Shulters said.

Developers should have a 30- to 50-page supporting document and have the general contractor work with it, Shulters said. That kind of transparency has helped his company flag some issues on the budget side when costs were more than they anticipated.

“We try to lay it all on the table and make sure everyone is informed,” he said.

From his experience, even the most reputable general contractors and construction managers end up over budget, without exception, Choulochas said.

“It still happens for a variety of reasons,” he said. “No one should be naïve about the risks. It happens to even the best of the best. You have to be prepared for that.”