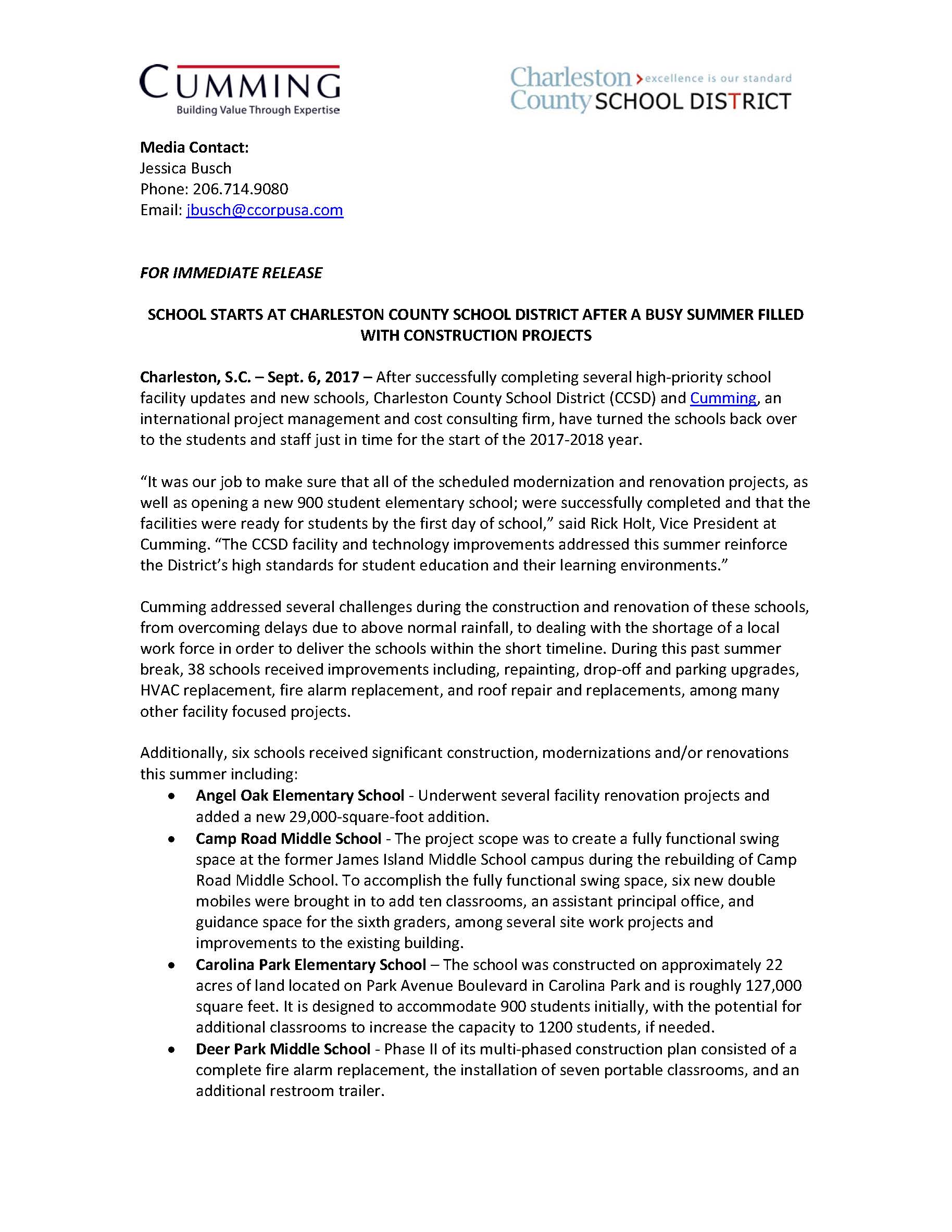 About the Charleston County School District

Charleston County School District (CCSD) is the second largest school system in South Carolina representing a unique blend of urban, suburban, and rural schools that span 1,000 square miles along the coast. CCSD serves more than 50,000 students in 86 schools and several specialized programs. With approximately 6,100 employees district-wide, CCSD is the fourth largest employer in the region.

CCSD offers a diverse, expanding portfolio of options and specialized programs, delivered through neighborhood, charter, magnet, IB (international baccalaureate), and Montessori schools, and is divided into three Learning Communities led by associate superintendents. Options include specialized programs in science, engineering and mathematics; liberal arts; music and other creative and performing arts; career and technical preparation programs; and military and other public service enterprises.