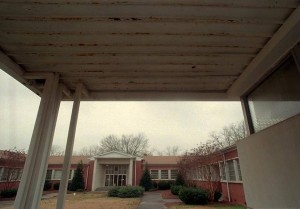 York city leaders can breathe a sigh of relief. After making known their opposition to moving York County’s administration building out of the downtown business district, the County Council voted Monday to keep those offices on South Congress Street.

Monday’s vote came despite a new study presented by the county’s building consultants that suggest the county would spend even more money building downtown than previously thought.

Now the five council members who opted to stay downtown will have to wait until November to see whether county voters will approve the $24.3 million construction project in a referendum.

City elected officials and the business community were opposed to moving the building because of the adverse impact they feared it would have on downtown businesses. Both county employees who work downtown and residents who access county services provide a lot of foot-traffic for downtown shops and restaurants.

Before Monday’s council vote, residents voiced their opinions on the issue, arguing for keeping the headquarters building downtown.

Jane Gilfillan, a former county councilwoman, said York’s commitment to historic preservation in its downtown has improved the residents’ quality of life, and not maintaining the county’s role downtown would harm the city’s image.

James Britton said the S.C. Department of Health and Environmental Control’s ongoing mitigation treatment of gasoline runoff in groundwater at the downtown site would “severely limit” development of a new parking lot. Soil borings also uncovered buried trash below the soil on the site. A larger study would be needed to uncover potential drycleaning contamination at the site.

Despite that, Britton said downtown would still be a “viable site” for construction, but at a cost of an additional $100,000. That increases the price tag for building downtown to $24.3 million, versus $22.9 million on the Arrow Road site on Alexander Love bypass.”

Cox noted if the proposed $1.3 million cost of completing construction on Arrow Road near the proposed new government center were included, the price difference was “a wash.” Henderson said the bypass area will see economic growth on its own, without a government building in the middle of it.

“None of this is a game-changer,” Winkler said of Cumming’s findings. “Downtown is still the right site.”

Johnson, however, warned that the increase in spending will ultimately have to be paid for.

“We’re about to start work on the budget,” he said. “If there’s a tax increase, there will be gnashing of teeth over it.”

Council members separately voted 4-3 to award the contract to complete the contract for finishing work on Arrow Road to Rogers Grading of Rock Hill. Henderson, Roddey, Williams and Winkler supported the bid, while Blackwell, Cox and Johnson argued the road was not a county priority.

Voters will ultimately have the final say on the new site. Building the new government center will be part of a planned referendum on county facilities in November.